I was looking through some old Disappointmentville comics on my hard drive and I came across this alternate version of "Birthday Surprise". 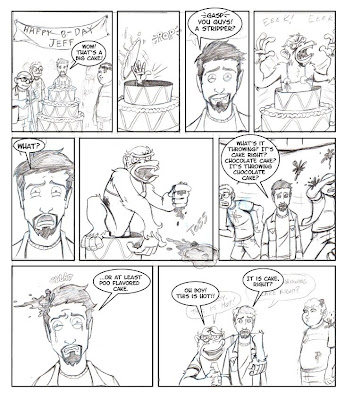 This was still in the early days of drawing comics on the computer so I was still a bit slow at it. I think I was in a hurry to get it done so I decided that the comic could still be funny if I removed some of the dialog and the last two panels. In retrospect, I like this version much better. I think I'll put this up in the d-ville archive along with the final version. I don't know why I never have before.
Here's the final version: http://inner-nut.com/D-ville/2007/may/21birthday.htm
Posted by Jeff M at 10:45 AM No comments: