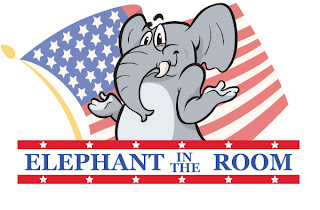 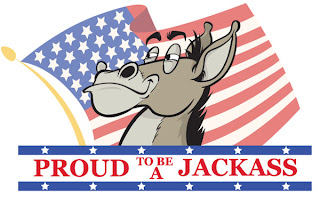 I just complete a couple of new T-shirt designs for the election season. One for each party.  Both are available from my Zazzle shop in a variety of styles and colors.
Posted by Jeff M at 10:12 PM 2 comments: 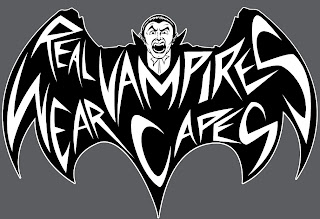 'Tis the season! The Halloween season that is and I've decided to create a spooky new design for my Zazzle shop.  The design is something I've had fluttering around in my noggin for a while. It's inspired a bit by the old Batman logo.

Originally I had some different ideas for what to have it actually say. I was knocking around "Team Bela" for a while as sort of a joke on the "Team Edward" "Team Jacob" thing from the Twilight movies and a referance to Bela Lugosi, who played Dracula. Then, recently, I came up with, "Real vampires wear capes." which I like a lot better. It works as a declaration of love for the classic Dracula movies and that style of vampire, while also still serving as a subtle jab to the Twilight movies and their many blood "sucking" knock offs.

It's available as a T-shirt and a Mug, both available in a bunch of different styles.
Posted by Jeff M at 10:15 PM No comments: