Your Fly Is Down Shirt 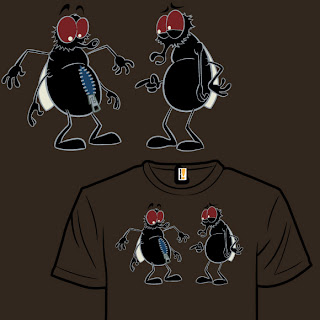 I had a little extra time this week so I was able to participate in the Shirt.Woot.com derby.  This week's theme is, awkward situations.  So, I came up with this one involving a fly with his fly down. I'm the cleverest, aren't I?
Here's the link: http://shirt.woot.com/Derby/Entry.aspx?id=57854 . Thanks for your votes!
Posted by Jeff M at 11:43 AM No comments: 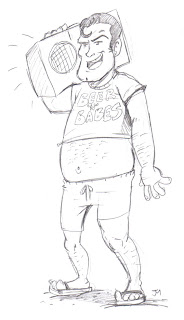 Sure you'll watch the 1984 film Hardbodies for the excessive nudity but you'll keep watching it for this guy.
Posted by Jeff M at 12:56 PM No comments: 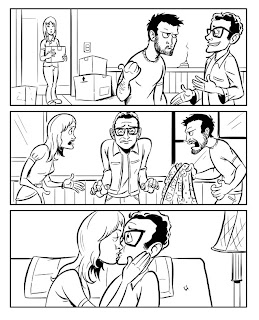 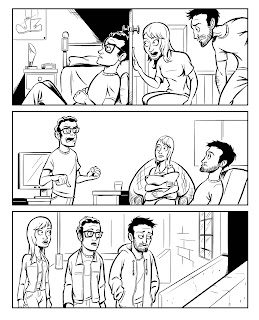 Recently, I was commissioned to produce these two pages of sequential art to be used in a student's presentation of a TV series. Each panel represents a different episode in the series.
Posted by Jeff M at 8:57 PM No comments: 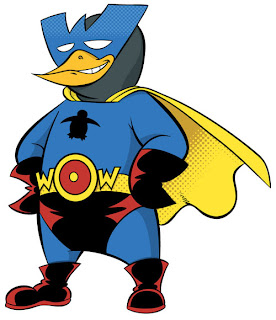 A couple weeks ago I posted a rockstar penguin character that I designed for Red Dawn Party.   Several months after designing that character for them they returned requesting a superhero penguin character.  They basically wanted the same penguin but dressed like a retro superhero. 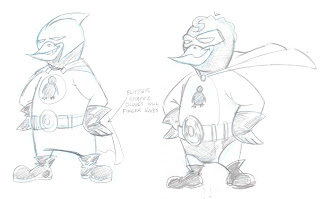 The costume didn't change too much from my initial sketches.   I wanted to keep it pretty basic so as not to stray away from that retro superhero look. 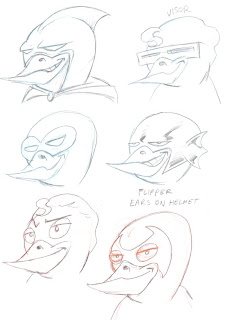 I did multiple mask sketches.  There were a lot of directions we could go with it. It was eventually decided that the mask would be in the shape of a "W" to go along with the product it would represent, The Wownie, a relaxation brownie. 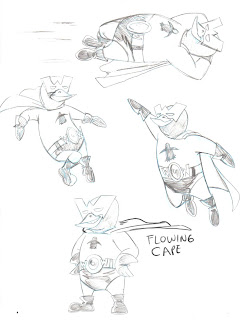 After  working out the details on the costume I did multiple sketches for possible poses to illustrate him in.  They decided to go with the classic superhero stance with a flowing cape.  In the final illustration I brought the cape down a bit and added some raster dots to tie it into the comic style graphic design on the product packaging.
Posted by Jeff M at 12:48 PM No comments: 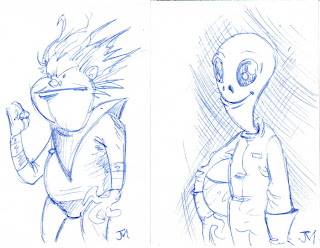 These are a couple of small sketches I did in a small sketchbook. My sister gave me these little sketch books and they're rather fun to sketch in.  I really like the way the sketches turn out.  I think when I'm sketching in a larger sketchbook I have a need to fill all the space on the paper.  So usually there would be a lot of little sketches or doodles, like these, that fill up the page but when I'm doing it in a tiny sketch book one little sketch takes up the whole page and it becomes it's own little drawing without all the extra clutter. It's really quite fun.