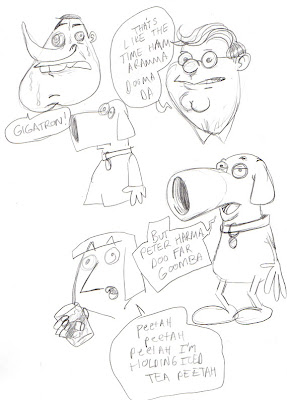 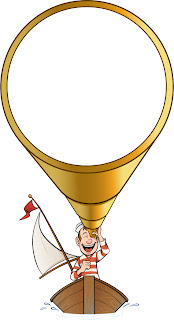 Since they were content in using stock in their web design ( as apposed to owning the full exclusive rights to the art) I offered to illustrate these at a lower cost than normal if I could keep all the rights to the illustrations. That way I can offer these for sale on various stock sites.  It works out well for both parties, the client gets a good deal and I can continue to make money off of the illustrations long into the future. 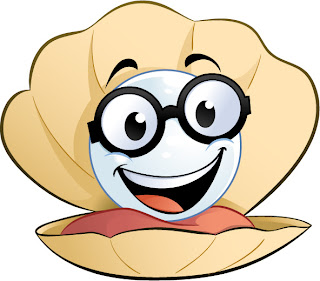 If you'd like to download a copy of the sailor you can do so right here on IstockPhoto.  The pearl is also available on Istock. I'll be adding them both to my Shutterstock portfolio in the near future too.

And if you're interested in commissioning me for some custom artwork you can contact me by email: Jeffmorin.art@gmail.com  I'm gonna be drawing anyway. I might as well be doing it for you!
Posted by Jeff M at 9:40 PM No comments: 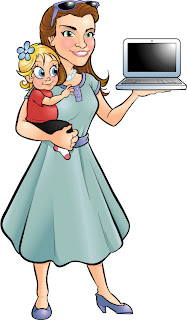 Do you know what today is? It's Mothers Day but it's also the launch of a brand new website called Ask The Motherboard.  It's a tech blog for the whole family, but more importantly it features this illustration crafted by myself.  It's a caricature of Danielle Vello, the websites creator and author, and her infant daughter.  Danielle wanted to go with a sort of 1950s feel for the design.  She suggested making her cartoon avatar look like a classic 50s housewife while still maintaining some traits that were uniquely her own, such as the sunglasses on top of her head. And of course, we included a modern day computer.

The website's design is still a bit of a work in progress but today is it's official launch. So, go check it out and maybe ask her a question or two to help get the ball rolling.
Posted by Jeff M at 12:13 AM No comments:

This past month I was hired by Eustace Consulting to produce a series of cartoon illustrations of each of their team members.

They wanted me to do some more detailed rendering on each character. Usually, my coloring work is flatter than this. It was a bit different for me but I was confident that I could produce the results that that they were looking for. 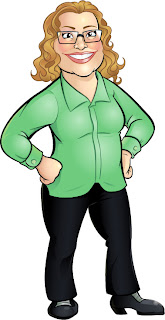 I had done illustrations with more detailed rendering and gradients before but it was usually in Photoshop using various blending options and brushes.  You can do the same sort of things in Adobe Illustrator but it's a bit more challenging because each color or gradient is a separate vector shape.  It's a lot different than Photoshop in that respect.

Most of the challenge comes from trying to make the gradients blend together in a seamless fashion.  In Photoshop you can can use gradients that fade from a foreground color to transparent. There's ways to do that in Illustrator and I have used them before but I like to avoid it as much as possible just in case the client or their graphic designer is using software that can't render the transparent layers properly.

I think I might look into using transparencies and blending options some more. It would make the process simpler and we're getting to the point with technology and software that it might not be an issue  anymore.

By the time I got to Illustrating Ari I really had the process figured out and a lot less time was spent experimenting with the gradients to see what worked.

You can see all the characters together in the header image of the Eustace Consulting Fan Page.

Some time ago, I designed a couple of website headers for my friend Dylan.  One was for his review blog Dylan Reviews Everything and the other was going to be for another non review related blog Dylan's Discourse.  Eventually, Dylan decided that Dylan's Discourse wasn't really necessary because whatever he had to say about anything could just be considered a review and therefor fit within the theme of Dylan Reviews Everything.  So after some discussion with me, it was decided that his main website would serve as a portfolio of his work for potential clients for his freelance business.

I didn't really have any plans of doing another website header for him but I still like to brainstorm different design ideas.  When this idea came to me, I decided to put it together because it barely took anytime at all. It's mainly just a Photoshop filter, a picture of crinkled paper and some text.

The idea was inspired by the opening to the old Nickelodeon show You Can't Do That On Television as well as the old Bubble Tape ads from my child hood. I always really liked that photocopied paper cut out look and thought it would be fitting for a writer's website.